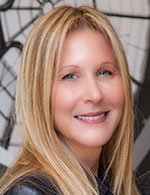 Equally versatile in both contemporary and traditional motifs, Coryne holds true to her eclectic form where each piece not only stands on its own but complements the complete design.

Lovick Design launched their new furniture collection January 2013, bringing the classic vintage look with a contemporary edge. Each piece of furniture in its unique form, can be placed in any style home or commercial space.